A downloadable game for Windows and macOS

The place where you family tree will grow

James Vanderboom's life drastically changes when he plants a special seed in the garden of the house he has inherited. Expand your bloodline by unlocking portraits in the tree of life.

Rusty Lake: Roots is the second premium point-and-click adventure by Rusty Lake, the creators of the Cube Escape series and Rusty Lake Hotel.

Click on the arrows and drag to navigate around the environment. Some objects you can drag. Interact with people and objects by clicking. Select found items in your inventory and click somewhere on screen to use them.

Keep in mind that you need to have a flash player installed to run te game. For MAC there is a little tweak needed in your Gatekeeper settings, we attached instructions. Please send us an email if you have question!

For all players who experience a small glitch, please try the Reset level option in settings first. If you experience any trouble you can try again. If the reset doesn't work, let us know (by email: info@rustylake.com) so we can fix the glitch in the update!

We will unfold the Rusty Lake story one step at a time. So check RustyLake.com every day for new content and follow us on:

In order to download this game you must purchase it at or above the minimum price of $2.99 USD. You will get access to the following files:

downloaded through the bundle for Mac. and the file says it's damaged and can't be opened. i changed the gatekeeper settings but didnt work out. HELP

Congratulations on your 6th anniversary :) Any chance of getting the latest version as available on Steam here on itch.io? Adobe has finally discontinued Flash Player as of 31 December 2020. Thanks in advance.

Your amazing never cease to be entertaining. I can't wait to get to The White Room!!

Easily the best $3 I have ever spent. Incredible game.

how long to down load this? quit after 3 hrs the first time, now at 2 + again

It should load, directly please let us know your specs at info @ rustylake.com

This one is great, it's definitely my favorite in the series!

If you have black screen when entering the menu, or unable to save the game, this fix might help you. (which is working for me on Windows 7)

Add the folder that contains this game to the list.

and you should have no black screen or frozen/no save problems.

If you're having this problem and this still doesn't fix it, try running it as an administrator:

1) Go to (your user folder)\AppData\Roaming\itch\apps\Rusty Lake Roots  OR "Show Local Files" in the app
2) Right click RustyLakeRoots.exe, select properties
3) Go to the compatibility tab,  check "Run as an administrator" and apply

I got an error when I tried to launch it from the Itch app (think this might be a bug with the app), but had no problem launching it from a shortcut.

I played 13 levels and l  shut down. When I went back to play, nothing had been saved.

Sorry to hear, please email us info@rustylake.com, to see what we can do.

Hi. Just tried it on Windows but when I hit the settings button and change language to German it just shows a black screen. Same black screen happens when hitting settings > The Tree and then going back. Any ideas how to fix this?

Sorry to hear, could you try to lower the graphics in settings. If this doesn't work please email us at info@rustylake.com.

Downloaded through Bundle for Mac. File says it's "damaged and can't be opened" when I try to open. Help?

Sorry for this issue and inconvience. We found a solution for you to try out, by changing the gatekeeper settings:
https://www.tekrevue.com/tip/gatekeeper-macos-sierra/

Yay! Thank you! Can't wait to play once I get home from work!

If you have played any of the Rusty Lake or Cube games, then you owe it to yourself (and the developer) to buy this game! Come on people, it's only $3!!!

I have it! Really enjoyed!

This works flawlessly through Wine on Linux (tested with Ubuntu 16.10, GNOME, triple-head with Xinerama).

It is by far the most epic, chilling installment in the Rusty Lake series to date. I've already played through the entire thing - including all bonus material - five times so far. And on top of the excellent, smooth, intriguing gameplay is one of the best original soundtracks I've heard. If you're familiar at all with Daniel Licht's work (he did the soundtrack for Showtime's "Dexter" series, among many others), it's very much similar.

While I am very much looking forward to the continuation of this series, I can appreciate how much time and effort goes into it, so I'll be watching out over the next year or so for another part of the story. 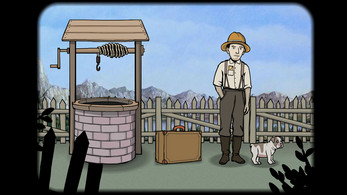 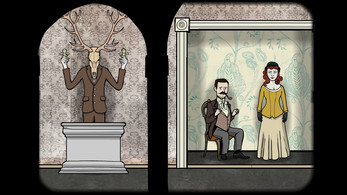 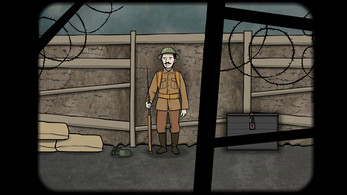 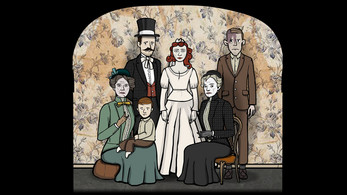 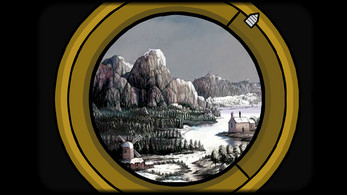 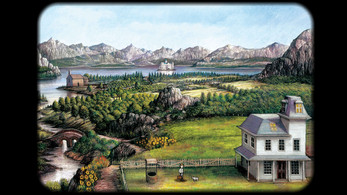